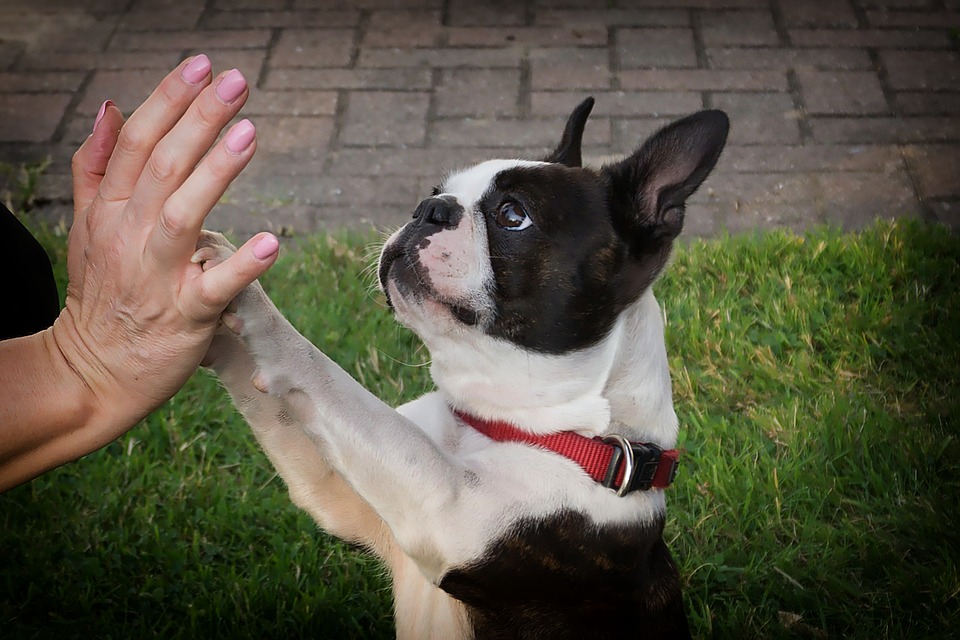 Boston terriers are the perfect family dog. With their nice demeanor, they are great to have inside your home and gets along well with every member of the family. But they also have a mischievous side so you have to train them to behave well so that you’ll enjoy lots of peaceful moments together.

Boston Terriers are smart and intelligent dogs. They are highly trainable. In fact, they love the mental stimulation they get from the obedience training as well as its physical component. It is also a good bonding activity between their furparents and their Bostons. The time you spend during training will definitely form a lifelong bond between the two of you. The key to training your Boston Terriers is to always use positive reinforcement. They don’t do well when dealt with violent means such as using harsh words or punishment. All they need is your guidance and affection so that they can learn easily.

You should teach your Boston Terrier basic obedience commands as part of his housebreaking. Commands such as sit, down, stay, and come are a good way to start. But first, you’ve got to show your puppy who’s boss. He’s got to respect you as a leader for him to follow you. When he respects you, he will stop whatever he’s doing at your command. But as respect is earned, you have to interact with your dog in certain ways to get his respect. Remember, your dog is always observing you – your body language, how you respond to other people, your tone of voice, and many more. Make sure you react properly when your doggo is around as he will learn that from you. Always be consistent with what you want him to learn. Guide him along and show him what’s allowed and not allowed to do.

When you start training your Boston Terrier, you have to stick to a regular schedule. They love routines because they get familiar and predictable. For example, when you’re about to give him his morning meal, give him a cue by saying, “Do you want your food?” Then let him follow you to his designated eating spot. Get his bowl and put it in the same place every time. Remember that your Boston should be watching you do these acts so that he’ll know that you are the source of his food. If he’s acting excite like barking, racing or jumping around, don’t give him his food or else he’ll associate excitable behavior to getting his food. Instead put him on a leash until he calms down. When this happens, you can remove him from the leash and ask him to sit. Show him that you’re the leader. When he follows you, put the bowl down and say, “Okay, here’s your food.” When he walks away from his bowl, pick it up or after 10 minutes from when you’ve given him his food so that he knows that eating time is over. Then you can let him go to the potty after mealtime by saying, “Time to go out.” This is just an example of how to train your Boston. Keep it fun by adding new challenges when you feel your doggo is ready so that he won’t get bored. 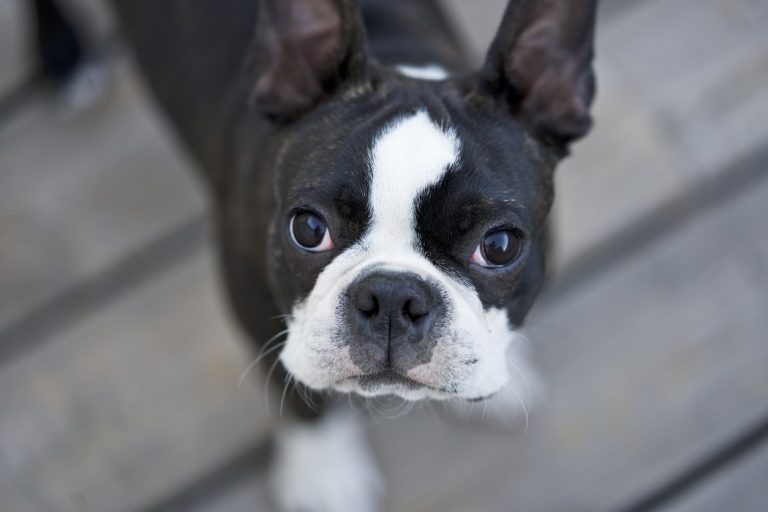 Facebook Twitter Pinterest LinkedInThe last thing any pet-owner would want is a stinking pet. Sometimes this can be caused by poor hygiene, but there are also instances when this can be brought about by serious issues that need to be addressed by more than just proper grooming. If you have a Boston terrier, then you… 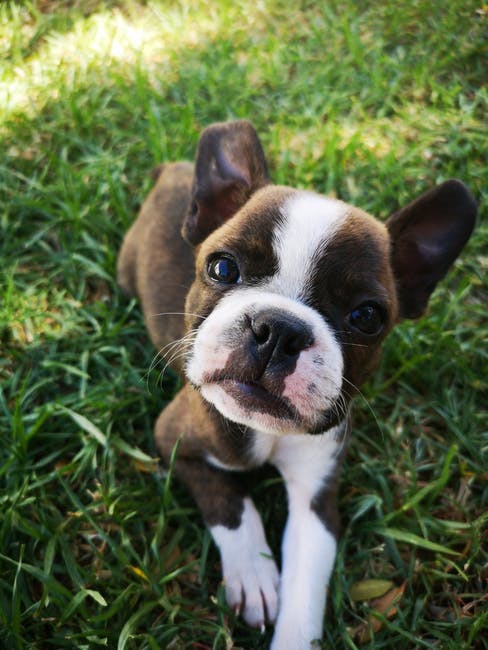 Facebook Twitter Pinterest LinkedInGetting a dog is simply fulfilling not only because of their tricks that can entertain you but also because of the unconditional love they can provide to the whole family. They can be a protector and your best friend. They are proven to be good companions as well over time. This is… Facebook Twitter Pinterest LinkedInBoston terriers love the indoors and playing with their humans. They are lively, intelligent and welcoming to all members of the family with a nice demeanor making them truly the perfect American Gentleman. They also have a long life expentancy for a dog so you’re surely gonna be spending a long time… Facebook Twitter Pinterest LinkedInBoston terriers are nice to have inside the house. That is if they’re properly potty trained or else you’ll have to deal with a lot of mess and get busy cleaning up all over the house. This is why it is important to potty train your Boston as soon as you bring…