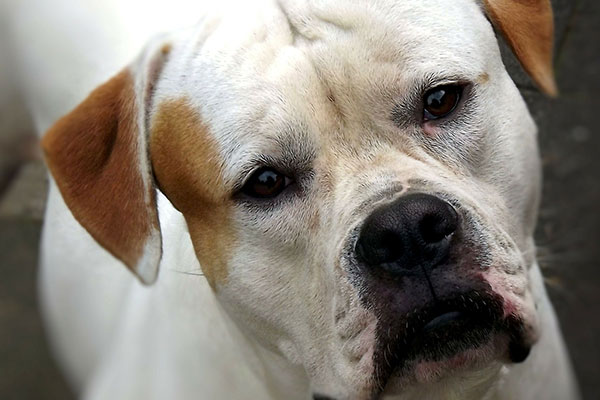 Many often mistake an American Bulldog for a Pitbull, and vice versa. This is not surprising because they look the same at first glance especially for those who are not very familiar with both dog breeds. However, contrary to what many believe, these two doggos cannot be more different when you get to know them.

Both American Bulldog and Pitbull (also known as American Pitbull Terrier) were from the line of the now extinct Old English Bulldog, a type of dog breed known best for bull-baiting. However, while American Bulldogs were brought to the States to help in daily work especially in the farm, Pitbulls on the other hand, were popular in animal-baiting and ratting in a pit, thus, the name. Regardless, both breeds are known to be strong type-doggos who are fearless and loyal – traits that make them exceptional guard dogs.

At first glance, the difference between an American Bulldog and a Pitbull is not that glaring because they are both muscular. But when you take a closer look, you’ll find that American Bulldog’s head is more angular, even leaning on being squarish at times while the Pitbull’s on the rounder side. The former is wider too on the chest part and larger averaging 20 to 27 inches tall compared to the 15 to 21 inches average height of the Pitbull. Comparing the weight, American Bulldog can weigh as much as 120 pounds, if not more, which is a lot heavier than that of the average weight of Pitbull which is only around 30 to 60 pounds. Although the latter is known to have a higher life expectancy rate (12 to 14 years) when compared to the life expectancy rate of an American Bulldog (10 to 12 years).

Considering the coat of both breeds, one would notice that the color of Pitbull comes in different varieties and patterns while the American Bulldogs are usually in brindle, red, white, black, and in shades of brown. Pitbulls have a glossier coat too making its fur look even shiny at times.

With their muscle and fierce look, both Pitbull and American Bulldog can be intimidating. They can be highly territorial and aggressive towards what they perceive as threats. But given the right care and proper training, they can be the sweetest and no doubt the best protectors for your whole family. Just be sure to have a firm hand on both when training them because they need to know you’re the boss before boundaries can accurately be established. Aside from that, make sure to let them get the socialization they need as early as possible, not only with other people but animals as well especially if you are considering putting them together with your other pets. In that way, you can help them get along with others easily.

You will find that both American Bulldogs and Pitbulls can have different temperaments as well, but this can easily be curved through the patience, dedication, and attention of their owners. 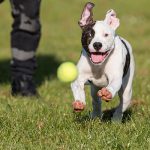 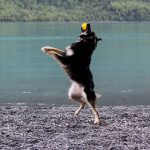