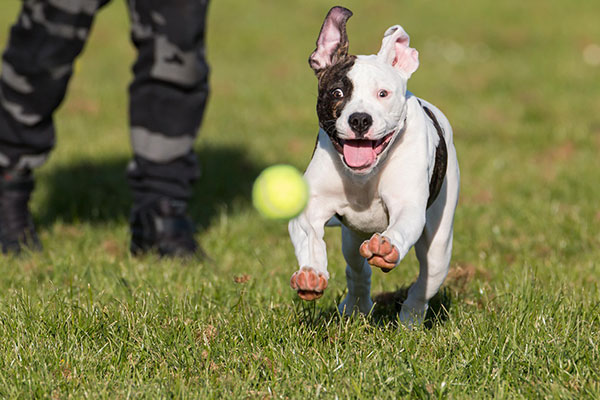 American Bulldog came from the family line of Old English Bulldog. They are said to be brought to the States by immigrants as companions to help them with daily work, especially on the farm. No one could deny the power American Bulldogs are packing given their muscular physical appearance which combined with their natural agility, make them good stock dogs and hunting companions. American Bulldogs have the ability to bring down larger animal species such as wild pigs and calves. Further, in ancient times, their ancestors were popular in the bull-baiting scene, thus, their name. There are different types of bulldogs and there are also hybrids across those varieties so don’t be surprised when you find they don’t always look the same.

American Bulldogs can look intimidating given their physique. This is the reason why there are people who get wary of them. Contrary to what many believe, American Bulldogs are not naturally hostile. In fact, they are just like other fur babies that given the right training, could turn out to be the sweetest and most loving best friend there is. Also, proper training could go a long way in enforcing the bond between the owner and their pet.

American Bulldogs have temperaments that open doors to a few challenges in training them. This is not to say that it is impossible, but it involves a lot more patience and understanding compared to training other dog breeds. American Bulldogs are naturally very protective, thus, it would do you good to expose it to plenty of people as early as possible to help curve its urge to attack everyone it sees as a possible threat to you. Teach it how to socialize and expose it to other pets as well whether dogs of other breeds and other animals such as cats. In that way, it can learn to get along with them and not be as aggressive.

American Bulldogs tend to be pretty dominant. As such, in successfully training them, you should be able to establish first that you are the leader and the alpha so your fur baby won’t get any ideas in being stubborn at your command. There are exercises that would help you execute this successfully such as being firm in your command and not giving in to your American Bulldog’s demand like affection until he is submissive. Positive reinforcement can also be a part of the training. This is when you reward your American Bulldog with a treat for good behavior. Whether it is just for a piece of kibble or praise for a job well done, this will go a long way in teaching your fur baby that you are pleased with what he did and that is the correct response.

Over time, with consistency and hard work, you will see that all your efforts will pay off. Not only would you find fulfillment in your doggo’s achievements but your bond with your American Bulldog will be better than ever. 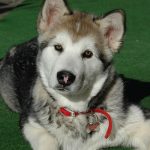